Carrying his father’s worn, leather briefcase, Henry walked into the bar, “Set me up Jock, I need relief,” and off Jock went to fetch Henry’s favorite, on the rocks, and placed a napkin and the drink in front of the sad-looking gentleman, Jock knew all too well, as a regular in the bar, Henry divulged many secrets to his bartender and they were kept well in Jock’s memory bank, although there had been brief moments when he wrote them down, just in case Henry needed to retrieve something in his gray matter, that’s what friends are for, to keep things safe for when you need them and, well, so much more, Jock was that kind of friend, Henry knew this and depended on Jock’s wisdom from time to time, longing for answers to questions left in the dust of Henry’s life, even more nagging at his soul, so that’s why he needed scotch and Jock and the bar and bar mates and his dad’s briefcase, that was where he kept the secrets that only he could share, when he shared them, so that’s what Jock helped him with – keeping secrets – Jock being such a good friend and all.

For today’s prompt, write a brief poem. Sure, the poem itself can be brief (in the sense that it’s very concise). But the poem could be about a brief event. Or it could feature a briefcase or involve a media briefing. As always, take it wherever you wish!

This site uses Akismet to reduce spam. Learn how your comment data is processed. 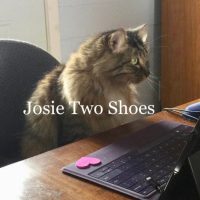 A Public Sphere for Poetry, Politics, and Nature

For I, saith the LORD, will be unto her a wall of fire round about, and will be the glory in the midst of her. Zechariah 2:5, KJB

Philosophy is all about being curious, asking basic questions. And it can be fun!